Who am I? First of all, let me introduce myself. My name is Musa Yazlık. I am 24 years old. I am a 2-year computer programming graduate of Erciyes University. I am currently continuing my education life by studying 4 years of Eskisehir Osmangazi University Faculty of Science-Literature Faculty of Mathematics-Computer Sciences and Anadolu University Open Education Faculty Management Information Systems. Now let me tell you why I turned to web software.

My interest in software started when I was studying computer programming. I wanted to be more interested in hardware, but for some reason the software field seemed easier to me. Maybe I chose it because the financial expense of the software field is almost nothing compared to the hardware.😁 Anyway, in the first year of my two-year education life, I was interested in wordpress site construction. Because my goal was to share blog posts and make money through adsense after making a website. Of course, the end was disappointing. Because I never invested.

I found the domain for free, hosting for free, even the theme for free.😂 In this one year, I set up 4-5 times or even more sites. The life of the sites I set up lasted a maximum of 3 months. No matter how much effort I put in, I couldn’t stand the sites I built. Whether you say it closes when 20 people enter the site, whether you say you get a ban from Adsense, or even whether you say the site is hacked, I had a lot of problems. When the site I worked on for 3 months was hacked, my dreams of making money with the website ended there.

But I learned a lot in this one year. For example, what is seo, how to make a WordPress site? I learned it. I brought some of my content to the first places in google in the most searched word. I learned a lot about website setup. Sometimes I even made changes in the coding by entering the files of the themes. This is where my interest in software started. When the themes I used for my sites were free, there were almost no features in them and the theme quality was not what you wanted.

My interest in web software started to increase gradually by working on themes. When my last site was hacked, I took the first step of learning web software towards the end of June 2017. At that time, there were not as many Turkish resources in the field of web software as today, or there were, but I may not know 😅

The first place I looked was youtube. “how to become a web developer, is web software difficult, Html trainings, Css trainings, Php trainings,” etc. I did many searches on youtube by typing. I came across such a youtube channel that I can say that my love for learning software increased by two cards.

It was not very difficult for me to learn php due to the c# education I saw in computer programming. I can say that it took me about 1.5-2 months to lay the foundation for php. Anyway, when we look at the web software field, it is divided into two parts. It is divided into two as Front-end (Front End) and Back end (Backend). I learned this 2 months after I started php training. The web software learning scale normally goes as html, css, javascript, mysql and php.

But I started from the end by starting directly with php.😂 Of course, the instructor was also talking about html and css codes, but when I left php and switched to html and css, I said I didn’t know anything. At that time, I left php, that is, I left the back-end area and turned to the front-end area because I liked designing that web page more. Oh, it’s not that I still don’t like playing ball with data.🤣

From September 2017 to July 2018, I tried to learn html css and javascript from time to time, but in the 2nd year of computer programming, the lessons became even heavier. In addition, I was working to transfer to the computer engineering department with dgs (vertical transfer exam). On top of these, there was a computer programming graduation project.

I had prepared a blog script as a graduation project. It was my first real project I prepared in my software life. But it wasn’t working on the server.😂 I didn’t want to dwell on the project much from the exam preparation, which I didn’t stop. In addition, I struggled a lot with finding an internship place for graduation because my field was web software, there were not many companies in Kayseri in this field, and most of them did not take students studying in two-year departments as interns. I did the internship somehow with the help of an acquaintance.

From July 2018 to July 2019, I prepared for the exam. In addition, I also applied for the Tyt-Ayt exam in case I could not win again with dgs. But it cannot be said that I worked hard on Tyt-Ayt. Anyway, I took the vertical transition exam again in 2019. This time, how easy they asked the exam this time, normally with 30 math nets, 265 points came while 280 points should normally come. With this score, it was difficult for me to win Computer Engineering.

I barely passed the 180 threshold with Tyt-Ayt. I looked at alternative departments. Computer teaching, mathematics-computer, statistics and computer sciences, etc. But I still preferred all state university computer engineering, depending on the drop in scores.

As a result of the preference, I missed Erzurum Technical University Computer Engineering with 1 point with Dgs (either only 1 point or. If I did 1 question less wrong or 1 question right, I would settle in this department. I missed it by 1 point. Look at fate. But I am satisfied with the department I won right now. More from the province where it is located.😄) I settled in Eskişehir Osmangazi University Faculty of Arts and Sciences Faculty of Mathematics-Computer Department, and by evaluating the Tyt-Ayt exam, I settled in Anadolu University Open Education Faculty Management Information Systems Department. Double university will be difficult, but I thought I could study somehow. Anyway, I was going to live outside my city for the first time. When I first went to the city, it took me two months to get used to the city. The first month at university was like torture.

You don’t know anyone. You are all alone. In addition, the procedures of those who settle in universities with dgs are made 2 or even 3 weeks later than those who settle with Tyt-Ayt. While the course has started in the departments, you start 3 weeks late. You have to work on the subjects in between yourself and many more troubles. In 2018, there was a much later placement. Those who settled at that time entered the midterms without breathing.

Unfortunately, the situations were like that. Here is a discrimination made by Yök to those who settle in universities with dgs. After getting used to the university environment, I started to learn web software and design again. But I forgot a lot of things I learned in the past 1.5 years. I can say that I started almost from scratch. But my html and css knowledge has settled well in my head so that I haven’t forgotten them.😁

After this, I want to tell you about my periods at the university, I hope you will not get bored. Most of the students who come to the department are graduates of Anatolian high school, so I thought that all of them have a solid knowledge of mathematics in high school, this situation changes in the future, I will come there. I thought that I would be crushed in everyone and that I would fail many courses because this department I studied is a department that requires 70% mathematics-weighted heavy mathematics. I have zero math. I say zero because I know that in the basic information technology exam, you wrote zero to the question where the teacher asked me for the largest positive integer.😂

No matter how much I have seen limit derivative integral as a regular high school graduate, 2-3 years have passed in between. It is normal that nothing is left in my head. If I already had math, I probably would have won computer engineering, which I think is actually due to the stress of the exam rather than not knowing math. The more limited my time is, the lower my efficiency. Otherwise, the questions on the exam are not questions that I cannot solve. I said my math was zero, but it’s not that much. 😄 Anyway, the midterm exams were terrible every lesson I took. In the exams where I expected the highest 50, there were many in the class expecting 60, 70, 80.

So my psychology was falling to zero. I can’t tell you how many times I thought about quitting the department with that psychology. Anyway, when the midterm exams started to be announced, a morale started to come to me. Because the lowest grade I got in the midterm was 30. Since 35 was passing the course, even if the grade was low, it was not death. The class average was always below my grade. This situation raised my morale, let me lie. The department is a difficult department, I know this from the courses with a GPA of 10. 😁 When the end of the semester came, I, who did not know math, did not fail any course. I may not know math, but I think my crisis management is very good.😂

In the second semester, universities switched to distance education due to the pandemic. While I was in the organization, I did not have time to develop myself much in the field of software. When I switched to distance education, I had plenty of time to devote to myself. I spent 5 months learning javascript. While I was learning, I took notes and turned those notes into a book. You can reach him by clicking here.

In the spring semester of the first year of the university, I did not fail any course. It was also easy to teach at a distance. When the exams were in the form of homework, it was much more enjoyable for me. I took 3 courses in summer school, and then I said I was glad I took them 😁 I’ll keep the reason.

In the fall semester of my second year at the university, I wanted to spend a little more time attending live software trainings and live conferences. But the total of 15 courses I took with aöf, family life and graduation thesis course took me away from them a little. But despite this, I attended Kodluyoruz’s laravel bootcamp. I learned laravel at a basic level. I made new friends. I survived the fall semester of the second year of the university by not failing any courses. At the same time, I got interested in web design and learned to use figma.

In the spring semester of my second year at the university, I took 15 courses again. But this time I didn’t take the thesis course. You can’t graduate without giving that course, but even if I took 3 courses in the summer school next year for my graduation and gave it, I had 2 courses left. So I left the thesis course for next year.

If I come to the final touches, I am now developing myself to be an expert on the front end of web software. I am developing myself on React.js, which is a Javascript and Javascript library. As a hobby, I continue to design on figma. I think the about me part was a little long. I hope you read it without getting bored until the end. Because my wrist hurt while I was writing 😂 Anyway, that’s me in a nutshell. If you need help with web software or design, you can contact me without hesitation from the contact page. I try to help when I can. 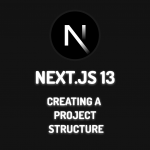